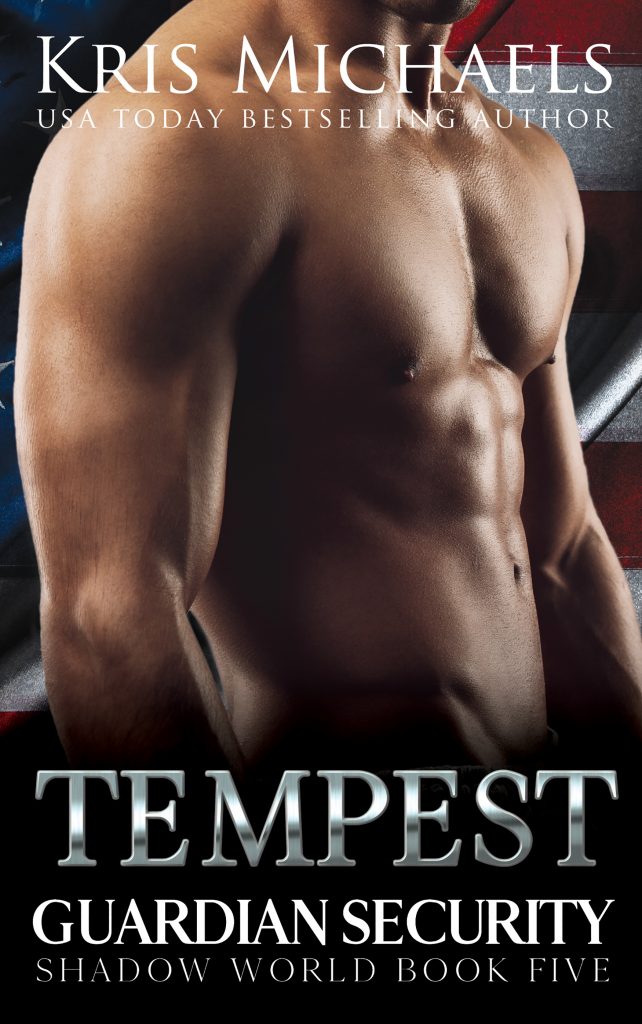 That Book Rocks is excited to promote the release of Tempest by Kris Michaels on Aug 25, 2020. Check out the blurb below and complete the form if you're interested in signing up for Riley's New Release Promo Campaign!

In the dark world of a Guardian’s Shadow, an axiom exists: “Don’t. Get. Caught."

His code name was Tempest, and his enemy caught him.

Stratus did unspeakable things to him until, out of his mind, he prayed for death—but he’d never broken faith with his brothers. God, how he wished they knew that. He had not compromised them. He’d told Stratus nothing. Cast aside as useless, left to starve or die of his injuries, his broken body lay in a bare cell, forgotten, and Tempest knew his prayer for the end would be answered shortly.

Until her. She made him want to live—if only to help her escape.

Not all devils are male. The worst are female. Pilar had lived with one every day of her life—a woman who made a mockery of the word “mother.” When the woman couldn’t manipulate or intimidate her into doing as she wished, she threw Pilar into a cell with a man—or what was left of a man—admonishing her to, “see what happens to people who don’t give me what I want.” At the sight of his broken body, a fierce desire to provide solace and comfort trumped any sort of fear her mother thought to provoke—and an unshakeable bond was formed. As laughable as it seemed at the time, they each vowed to help the other escape.

His fellow Shadow rescued Tempest. Pilar knew he’d return for her if he lived. For thirty-three months, twelve days, five hours, and forty-three minutes, she faithfully monitored a hidden dropbox for his message. She almost missed it, and then she doubted her eyes.