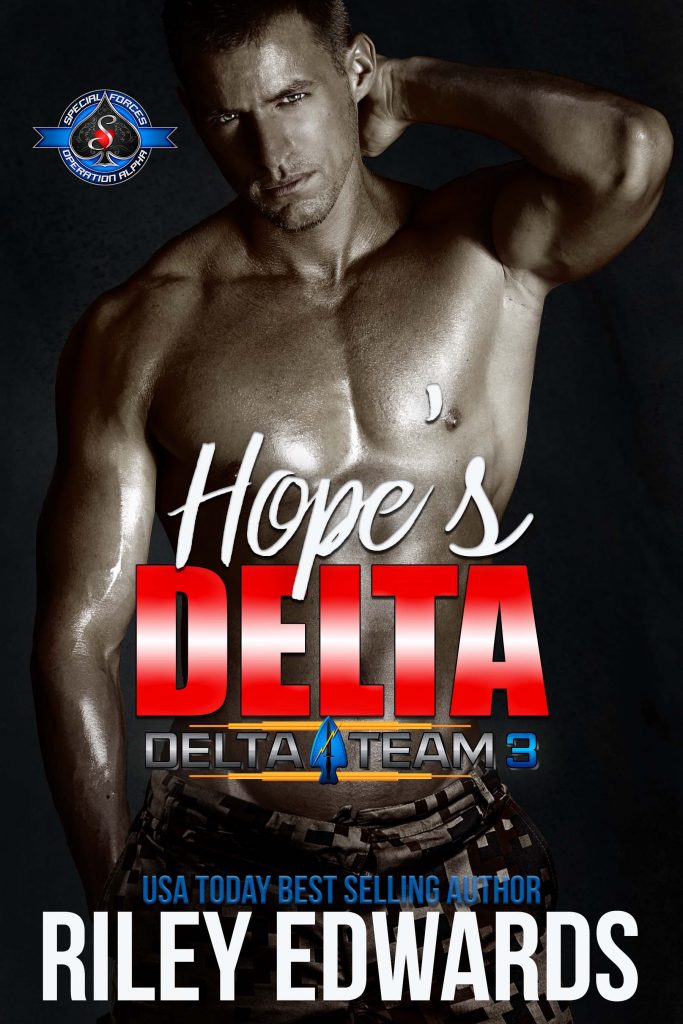 That Book Rocks is excited to promote the release of Hope’s Delta by Riley Edwards on Sept. 15, 2020. Check out the blurb below and complete the form if you're interested in signing up for Riley's New Release Promo Campaign!

Hope Mitchell lived her life on the outskirts, no attachments, no friends, no family. All of this by design. All of it because she knew the pain that came when you lost someone who meant something to you. She’d sworn off men long ago, the last time she fell in love she’d invited the devil into her heart and she’d lost, huge. That was to say, she knew better than to let the larger-than-life Delta Force operator into her life. Hope recognized the risk but Beau had promised her he would fight for her and he did—until he left her more broken than he found her.

Beau “Jangles” Talbot had promised himself he wouldn’t fall for a woman while he was still in the Army. He’d seen it too many times before—a good woman getting worn down by the demands of being a military wife. But when he meets the gorgeous bartender Hope Mitchell, he does the unthinkable and falls in love. Then his worst nightmare comes to fruition and Hope is thrown into a dangerous situation because of him and his teammates.

One mission—five women—everything is on the line. Jangles and his teammates have one shot at getting it right, one chance at extraction, or every man on his team loses the women they love.

** Hope's Delta is the 5th and final book in the Delta Team Three Series. Each book is a stand-alone, with no cliffhanger endings.

** Operation Alpha is a fan-fiction world for Susan Stoker's novels. The characters in this series were introduced in Stoker's Delta Team Two series, specifically, book two, Shielding Kinley. You don't have to read that book to be engrossed in this series, but why wouldn't you want to? Enjoy!