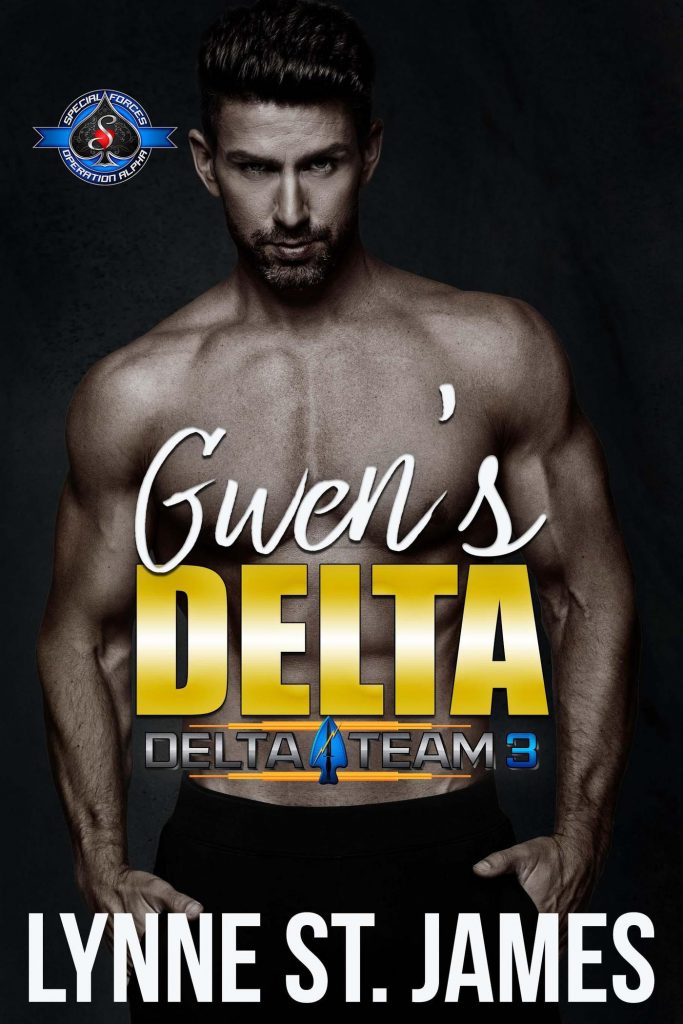 That Book Rocks is excited to promote the release of Gwen’s Delta by Lynne St. James on Sept. 15, 2020. Check out the blurb below and complete the form if you're interested in signing up for Lynne's New Release Promo Campaign!

Shy bookstore owner Guinevere Dedmond resigned herself to living her dreams through the pages of the books she sells. But when she receives a mysterious call demanding she pay ransom to save her parents, her comfortable world erupts in chaos. Panicked, she turns to the sexy soldier who swept her off her feet, not knowing he's part of an elite spec ops team.

Luke “Merlin” Forest and his Delta Team are no strangers to uncovering terrorist plots and stopping them, but when he discovers Gwen's parents are involved, the risks and stakes get a lot higher. His sexy bookworm has given him a taste of stability that he's never had before, and this mission threatens to blow that relationship out of the water. Risking his life has always been part of his job—but it just got personal.

** Gwen's Delta is the 3rd book in the Delta Team Three Series. Each book is a stand-alone, with no cliffhanger endings.

** Operation Alpha is a fan-fiction world for Susan Stoker's novels. The characters in this series were introduced in Stoker's Delta Team Two series, specifically, book two, Shielding Kinley. You don't have to read that book to be engrossed in this series, but why wouldn't you want to? Enjoy!