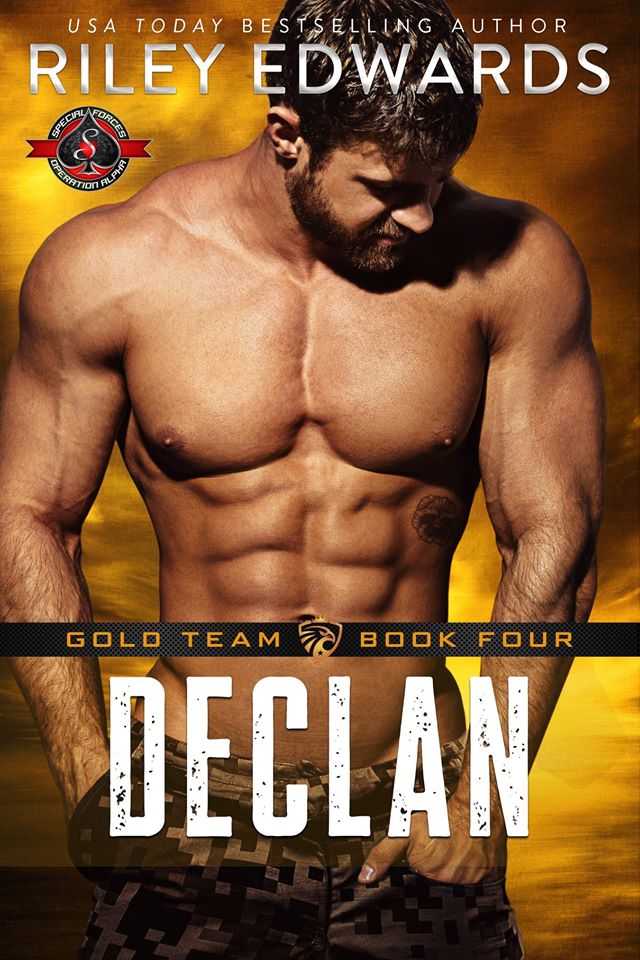 That Book Rocks is excited to promote the release of Declan by Riley Edwards on July 14th, 2020. Check out the blurb below, and complete the form if you're interested in signing up for Riley’s New Release Promo Campaign!

Declan Crenshaw went from orphan, to Special Forces soldier, to the CIA’s golden child. Life was perfect—almost. He shouldn’t have pushed his luck and simply enjoyed the bounty fate had given him—a beautiful wife, sweet baby girl, and more love than he ever dreamed he’d know. Until a threat he never saw coming obliterated his world. His wife and child murdered. His soul shattered, he was left hollow. With his morality stripped away, he became the perfect black ops mercenary—soulless.

Autumn Pierce had been normal, happy, average. Until she was kidnapped and sold into the world of sex trafficking. Even rescued, she was forever changed. Gone was the smiling teenager and in her place emerged a woman hellbent on revenge. Years later, Autumn remains a deadly mercenary in a never-ending game of chess. It’s kill or be killed—which isn’t an issue for a woman who’s already dead inside.

With pasts that mirror each other’s, Declan and Autumn have more than defeating a common enemy on the line. Two broken souls with one last chance to be whole.